It goes without saying that security cameras can deter thieves and keep your premises more secure. However, the performance of security cameras will largely depend on where you install them. They should be installed where they will provide surveillance of the most vulnerable areas of your home. These areas are where thieves are most likely to attempt gaining access to your property.

If you're wondering which parts of your home can be weak spots for potential threats, this article will explain four areas where you should ensure a security camera is installed.

If your home is surrounded by thick trees and bushes (perhaps acting as a natural fence), make sure you have a security camera monitoring this location. The camera should be visible enough to deter potential intruders before they think of going too far.

Intruders may view thick bushes as an easy entry point into your home because such areas are not constantly monitored. However, a security camera (with motion detection features in place) will get the job done by enhancing security.

Large windows are a plus for many homeowners because they allow plenty of light into the home. However, these windows can also serve as a security risk. This is especially true if the window frames are weak, old or damaged. Burglars may try to pry open large windows so as to enter your home.

Make sure you install a security camera near your windows (on the outside of the home). These cameras will serve as a deterrent to opportunistic thieves. You can also install alarm sensors on the window itself. Anyone trying to gain entry will trigger the alarm to go off.

Wooden doors with weak frames are also another weak spot for burglars. They may attempt to pick your locks and enter the home while you're away. To prevent this risk, install a security camera right above the door itself. Any burglar will think twice before attempting to tamper with your doors.

Thieves often have to sneak past the driveway as they approach your home. With a camera that provides surveillance of the entire driveway, you'll have an idea of where the thief came from and how they accessed your property. You can also add an alarm system to this camera so that thieves are deterred even before they approach your actual home. 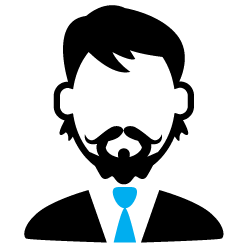